Dad never liked small talks - he disliked it so much that he'd avoid picking up the phone.

Still, nothing escaped his attention. Dad goes about life in a quiet, insightful way and he's philosophical about everything.

In fact, anyone who had ever met my dad would agree: he's a lot like Mr Miyagi in so many ways. And definitely just as quirky.

We all love him and raise eyebrows in equal measures - because while he was all peace and calm, he was also known to do unpredictable things.


You see, Dad had always been a closet artist.


Most people think of him as nothing but the reserved, NASA-trained super satellite scientist with a brilliant career, though dad had secret lives. In the 70s, he was moonlighting for an animation studio (for pittance) each night afterwork. Just so he could experience first-hand how things work in behind the scene.

Why? Because Walt Disney was his hero. Dad started wearing a beret as soon as his hair thinned out - which was very early, in his 20s. He shrugged and concluded that hair loss was simply a by-product of being a thinking man. It didn't bother him.

And he loved his beret. As a toddler, I spent most of my Dad-and-me time poring over building designs and floor plans, instead of reading fairytales.


What I didn't know at the time: Dad was also a closet architect.


In fact, he was brainstorming a new satellite station (the very first of its kind in Asia). Then it got built and Dad was the captain - as if it had always been that way. It became clear to me that he did more than just dreaming.


Not everything worked out, though.


Dad loved DIY shows - and watched Burke's Backyard religiously. He collected a garage full of tools and considered himself quite a capable self-taught handyman. In reality, though, his skills was closer to Tim the Toolman than Don Burke.....

And that's why we lived with wonky desks and bookshelves... 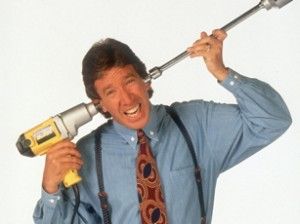 Years later, when I went to fashion design school - with wayyyyy too much assignments and artwork to do, yet still found time to party until the last minute. That's when...


Dad would quietly stay up alongside me.


The night before assignment due dates, Dad would help by colouring in my designs - often choosing surprising colour combinations that I would never go for - but his colour palette somehow worked brilliantly. He loved playing with colours so much that he was tempted to skip work and came to uni with me!

When I started patchwork, I would lay my blocks on the floor to figure out the best arrangements. Curiously, the blocks never seemed to stay where I left them.... This happened a few times until I caught Dad in the act, gleefully playing leap-frog with my blocks, grinning like a 5-year-old. He seemed quite pleased with himself:

"Hey, I think I've just made it better. Don't you think?"


Sometimes I couldn't decide whether to strangle or hug him.


These days, Dad is very much part of the Sew Much Easier team. Together with Mum, they run a mini warehouse sending out fabric orders.

It was supposed to be a temporary thing - while we moved warehouse. As it turned out, they enjoyed taking care of the daily orders so much, my parents insisted on continuing. Never mind that we have a warehouse team for that...

So if you receive a parcel with hand-written address, it would be Dad's work :-)


Dad is the best helping hand when I take photos of new fabric.


He would help me make 9-patch blocks out of charm packs - arranging the prints as random as possible - and fan out fat quarters into perfect circles. And these became the photos that showcase the fabrics in my store for you to enjoy. With that, I think we've found a way to enjoy his talent :-)


On this Father's Day, I'd like to give all dads (of real kids or fur kids) a  Heart-felt Thank You.


Because having quirky identities is priceless - no matter whether you share that knowing smile or familiar eye-roll.

Would I have it any other way? Not a chance.

Do  you have a Dad story you'd like to tell me?


With all my love, Happy Sewing!

I remember one day, getting a phone call from my Dad's security company telling me that the fire alarm was going and that they couldn't raise him on the phone.

It was 5 am in the morning, and Dad lived on the other side of town - so here's me flying down the road - doing over the speed limit- just a tad (it takes me 3/4 hour to get there).

And when I arrive here is dad - sitting in the doorway, reading his book with the siren going hell bent for leather .

Of course he never had his hearing aids in.

And yes I still miss him. I'm one of 5 children and did lots for him.

Just had to tell you how much I enjoyed the story about your Dad. He sounds like such a character.

My Dad has been gone for 16 years now but I have such lovely memories of watching him in his workshop, repairing something around the house or getting fishing gear ready. He would take us fishing too.

I would help him painting the house too and he taught me to cut in corners and let me do skirting boards and frames and sills. He never stopped me from doing this just cause I was a girl and I loved him all the more for that.

We spent three very special months with him before he died, almost day and night and I will never forget how special he was.

Arent we lucky to have had such special people in our lives?

Happy Fathers Day To all of the Dads in heaven too!

I would just like to say thanks for sharing such a beautiful post; I have shared many special moments with my dad too, family memories to be treasured for a lifetime.

Wishing you all a lovely Father's Day and it is a pleasure being part of the Sew Much Easier online community.

Hi Shelley thank you so much for sharing these 2 besutiful stories.

The wonky bookcase made me smile. My Darling Dad was a french polishing craftsman but the handyman jobs were not terrific, there was a wonky little tv cabinet for the old black & white 12"tv that he watched the cricket on, also a wonky footstool.

Regarding his french polishing, he worked 5 days a week for his boss, on weekends there was always a project from family or friends being worked on in the shed. As a little girl, i would stand & watch him, he always whistled while he worked & that is now something i don't hear much anymore. I remember watching him polishing a table, it was so beautiful & i was sure i could have put my arm in that table top. I don't know how he achieved such depth. What is called french polishing now comes out of a soray gun. That's just sad.

Another special memory is, at the drop of a hat at parties, Dad would sing with a broom as the microphone. On Sunday, I will be playing the origonal Ol' Man River by Paul Robeson from Showboat. Herbert Santwyk, 1907 - 1986

With Love & Hugs to all of the Daddy's little girls out there, Gayle

Hello, we wanted to write to say thank you for the prompt delivery of the machine we recently bought from you. It was purchased as a machine for both my son and I to learn on.

Having it so quickly has meant that my son has been able to make (with a lot of help from a friend who can already sew!) his father a pair of boxer shorts for Father’s Day this Sunday.

Attached is a photo of my son, Aden, with his creation!